Forthcoming Autumn 2020/Spring 2021 : a book edited by Hana Noorali & Lynton Talbot that will look at artists working at the intersection of poetry and film. The book will be published by Prototype. 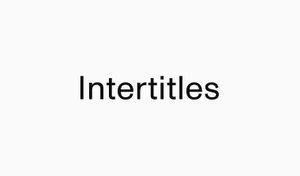 parrhesiades Vol 1, an anthology of all artists that completed projects in 2019/2020 will be published in March 2020 and launched at Camden Arts Centre. 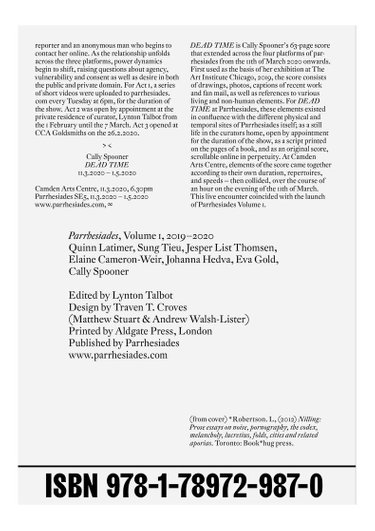 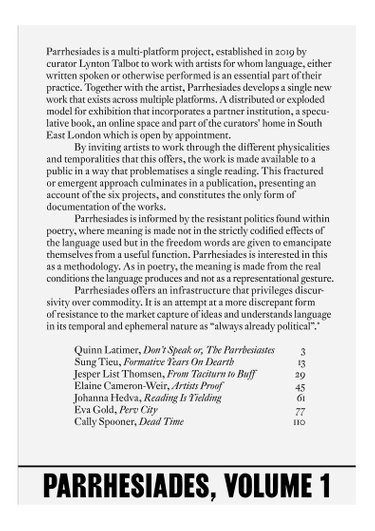 Published to coincide with The Season of Cartesian Weeping at DRAF, London (29th October – 8th December 2019)

Between 2013-2014 Am Nuden Da invited five artists to participate in a series of “solo exhibitions” that forewent some of the typical structures of exhibition making, such as a gallery space, audience and visual documentation. The resulting events, that took place between the UK, France, Italy and Germany were later written into a series of texts in collaboration with the participating artists; Gerry Bibby, Juliette Blightman, Kerstin Brätsch, Oliver Laric and Ghislaine Leung. 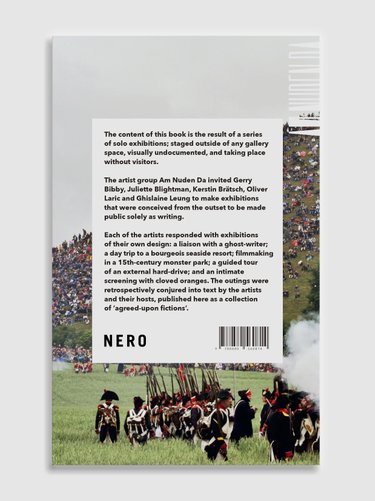 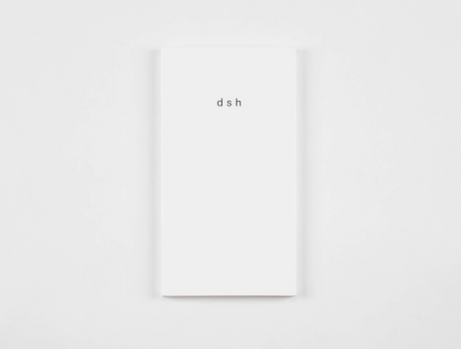 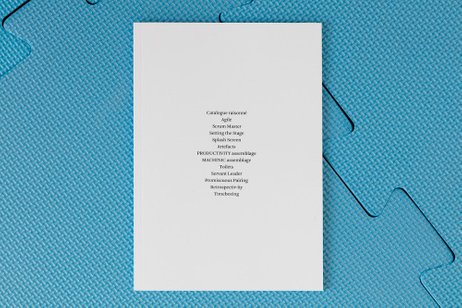 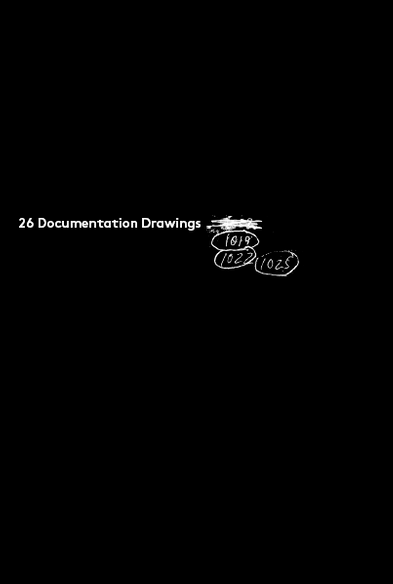